Victoria first discovered her passion for yoga in 2010 after initially looking for ways to improve her flexibility that would help in her dancing classes.

Since her first yoga class Victoria was hooked, impressed with how quickly her strength and flexibility developed, as well as feeling great inside and out.

Soon after starting a regular practice, she realised there was so much more to yoga than she originally thought and wanted to explore yoga’s healing effects in more detail.

Victoria then moved to Shanghai in 2012 and discovered her thirst for more choice in classes was easily quenched. Yoga studios were practically on every street making it easy to find the perfect class and teacher.

After trying as many styles as she could in such a vibrant city from Hot yoga to Yin yoga, Aerial yoga to Ashtanga, Victoria was soon spending more time at the studio than she was at home.

In 2015, with the support of some incredible teachers, Fela Adebiyi and Pablo Alvarez, it was a natural step to participate in their fantastic teacher training program at My Soul Yoga studio in Shanghai. After meeting the initial course requirements, what followed was an intense but rewarding journey to the 200RYT certification.

Victoria is trained in Therapeutic yoga, Alignment and Vinyasa (TAV). She has practiced all over the world and been on yoga retreats in Bali and China meeting many inspirational, like-minded people.

Victoria is a motivating teacher who helps her students deeply connect with themselves so that they can become more self-aware and get the most out of their practice. She encourages her students to focus on the journey towards their goals rather than shortcutting to the goal itself. Her aim is making sure her students feel great after a class and come back wanting more. 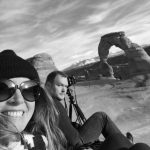 Victoria is based in Dorset, England where she established Sida Yoga in 2015.

When not doing yoga, she works with her partner who is a photographer. Together, they often get to travel and shoot in exciting locations all over the world.

We need to use cookies in order to give you the best experience on our website.
You can control which cookies are used in settings, or accept them to continue.

This website uses cookies so that we can provide you with the best user experience possible. Cookie information is stored in your browser and performs functions such as recognising you when you return to our website.

Required Cookie are enabled at all times so that we can save your preferences for cookie settings as well as track usage for site improvements.