‘In a world where you can be anything, don’t judge’ 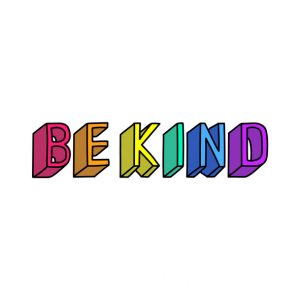 This isn’t another article preaching about how we all need to be kind to one another. In truth, I’ve had enough of it plastered all over my social media. Isn’t this common sense for most people?
I actually find it bizarre that we now need to see this phrase in 2020, acting as a reminder of a very simple life lesson we all should have learnt by primary school.

However, even though most of us know that we should all be good to our fellow man, we all slip up occasionally. We aren’t perfect. It’s easy to get consumed by our own lives and the trials and tribulations that get thrown at us can often make us forget to look out for one another. Some of us might not even have the capacity or mental energy to do so. We can get frustrated and lash out and say and do things we regret later.

When I feel tested in this area, I begin by stopping myself from judging others. This is different from the ‘be kind’ mantra. In times of stress or in difficult moments it has stopped me doing the opposite and being rude in a situation that just doesn’t serve me.
We are all judgemental. We voluntarily give unwelcome opinions especially if someone doesn’t agree with us. Take the dreaded Brexit debacle. That shit made families fall out and in some cases not speak to each other for months. To be honest, it’s why I keep politics off my social media and mute anyone that tries to dictate how I should or shouldn’t vote. I’m capable of deciding myself thanks!

Look back at a time when you were really judgemental. Would you say those things to someone’s face? If so, for what end result? Sometimes if you have nothing nice to say, it’s better to say nothing at all.
After all, comments can hurt. Judging someone’s appearance, ability or work can ruin someone’s day. How would you feel? Is it necessary to vocalise your negative opinions outside of your friendship group? I don’t think so.

I think at the point where nasty comments can force people to delete social media accounts, and quite often much worse, we need to look at what we say to and about others. This is the beginning, before we do anything above what is considered a standard level of respect.

Now I’m not saying let’s never criticise one another. People these days already seem way too sensitive. Constructive criticism can be really helpful, but outright insults are just unnecessary and can sometimes leave wounds that take a lot longer to heal.

A world where we all have freedom of speech and a platform we can spew out our personal and political opinions, sometimes brings out the worst in us.

Yoga can be judgemental too

Even in the yoga world, people are quick to voice their opinions. ‘That’s not yoga, it’s gymnastics’ and ‘you can’t be a yogi if you eat meat’ or ‘yoga is dangerous’. I’ve often seen these comments online, especially if the post shows a seemingly impossible pose by an extremely svelte and beautiful person.
People can be so quick to judge. Thankfully the majority of comments on these posts are positive. However, there is always one person who seems intent to give five cents and not in the form of constructive criticism but by just being downright bitchy.

Admittedly, I do sometimes feel intimidated by other yogis who can do the crazy advanced stuff I’m nowhere near accomplishing yet. It can be easy to compare and basically feel crap about yourself. I try to apply the same thought process that I apply to a yoga class. There will always be someone that can do something you can’t. There will be someone more flexible and someone who is stronger. The reality is I need to focus on my journey and mine alone. Regardless of ability, the reality is even the most basic asana takes alot of work to get ‘right’. If you can stand on one hand with your legs tied around your head then kudos – you probably worked your ass off to get there.

Even yoga brands fall victim to the online abuse. Calls to boycott a brand for using slim models in the snow, or the fact that a slogan on a sweatshirt might rub someone up the wrong way.

On one side, people are encouraging others to be kind, but on the other, we often offer our judgements with more authority than we should. 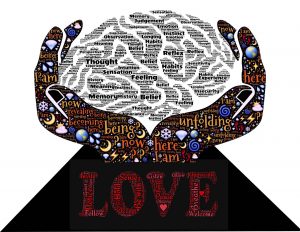 From my perspective the yoga community should always be a welcoming and safe place for all, but sometimes that isn’t the case.
Often, I hear stories from my non-yogi friends of how they once tried a yoga class but were put off by self-righteous environments, whether that be from teachers or the students themselves. After such an unpleasant experience they never ever go back, assuming all classes are the same. It’s such a pity, and perhaps if their experience hadn’t been so toxic and judgemental, they would have fallen in love with the practice as much as I have and reaping the benefits.

I have to admit, I rarely come across an arsehole in yoga. Every training I have ever done, I am moved to tears by the end at both my sadness that it’s over and my jubilation at having met such yogi rock stars.
Now and again, of course someone rubs me up the wrong way (I’m normal), and I’m sure vice versa but I try not to judge. This for me is where the first step of being kind to one another starts.
Ever remember your mother saying to you ‘if you have nothing nice to say, don’t say anything at all’? Couple that with ‘only valuing the opinions of people you respect’. The result is a superpower of feeling mentally invincible.

To quote Shakespeare ‘All the world’s a stage’. We are all actors performing in some way. Especially with the likes of social media (#livingmybestlife :roll: ).
As the audience we are too hasty to fill the role of critic.
Perhaps all that negative energy could be used differently – for good rather than evil.
Try your best not to be that judgemental person. After all, you don’t really have the right to.

You do you – work on that first and I’ll do the same. Then you never know, perhaps by default we all just might live in a kinder world anyway.

The information provided on this website is for educational purposes only and in no way represents any form of medical or physical advice. By making use of this content, you are participating at your own risk. You should consult a doctor or physician before attempting any form of exercise or poses to ensure you do not injure yourself as a result. By making use of this website, you agree that Sida Yoga accepts no liability whatsoever for any damages or injuries howsoever caused.

We need to use cookies in order to give you the best experience on our website.
You can control which cookies are used in settings, or accept them to continue.

This website uses cookies so that we can provide you with the best user experience possible. Cookie information is stored in your browser and performs functions such as recognising you when you return to our website.

Required Cookie are enabled at all times so that we can save your preferences for cookie settings as well as track usage for site improvements.